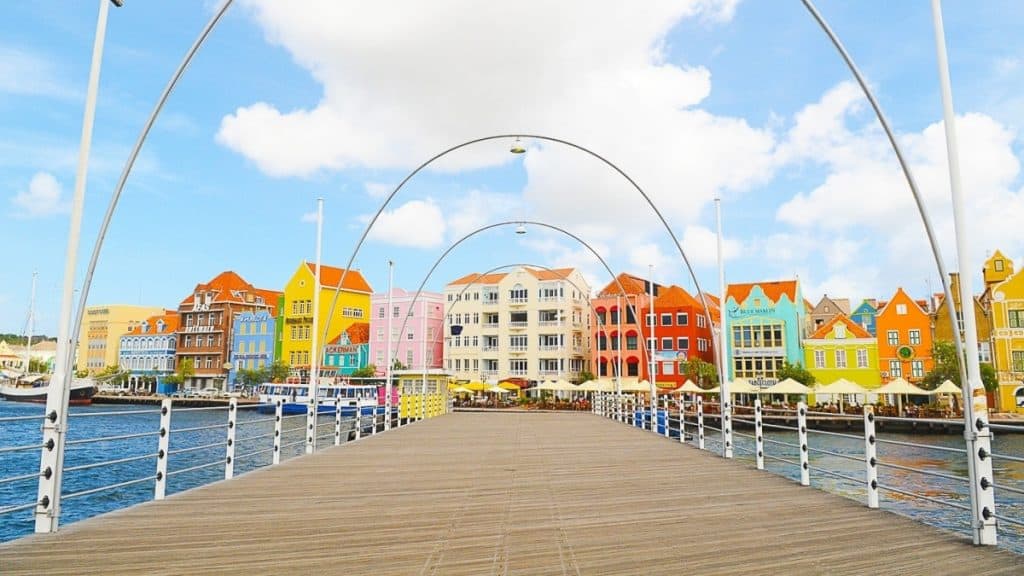 Punda is of course known for the colorful trading quay everywhere on postcards. Few cameras from Curaçao tourists will be missing these colorful houses.

However, in the center of Willemstad there is more than just the 8 monumental buildings that are so lush in the brochure. When you walk through the old city center you can clearly see that renovation has been done. Several streets have recently been beautifully refurbished and many plots have also been given a lick of paint.

Everyone can indulge in the heart of Punda. In addition to the many local and international shops, there is also a lot of culture to admire between the streets.

Think of the beautiful carvings in trees, the sun wall of Keukenstraat, various museums, the oldest synagogue in the western hemisphere, art galleries and of course the other historically characteristic buildings. It is not without reason that Punda and Otrobanda have been on the UNESCO World Heritage List since 1997.

Furthermore, there is plenty to negotiate at the Floating Market, you look into Marshe Bieu (old market) and you can enjoy the mouth-watering local dishes at one of the kitchens at Plasa Bieu.
Walking, shopping, beholding, experiencing, surprising, photographing, taking a terrace, people watching, lunching, dining, going out and more. This is how a day at Punda feels!

Punda extends over the area from the Pietermaai parking garage to the Anna Bay and from hotel Plaza to the Movies cinema. The Anna Bay separates Punda from Otrobanda by means of the Queen Emma bridge, “Swinging old Lady”, or also called “Pontjesbrug”. The bridge is 168 meters long and the only floating wooden swing bridge in the world. This floats on sixteen pontoons and is therefore not actually a street, but a boat.

The district was originally called De Punt, which in Papiamento was translated as Punta and later became Punda. Traditionally it is the most important shopping area of ​​the capital. Punda was protected by Fort Amsterdam and Waterfort, built in 1648. At that time, the Dutch concentrated on their favorite activity: international trade. This ensured that all sorts of different kinds of goods ended up in the stores from different directions.

Nowadays this is not much different and traders from various countries display their wares in small to large format stores.

If you enjoy getting off the beaten track and into rugged countryside, you will love National Park Shete Boka.

Great entertainment, lots of nice promotions and much more!

Visit us in the center of Punda to experience a traditional Curacao market.

Queen of the Most Holy Rosary Cathedral

Built in 1870, the outside is bathed in a golden ochre color and trimmed in white.

We are open daily, with a guided tour leaving every hour.

What are you looking for?