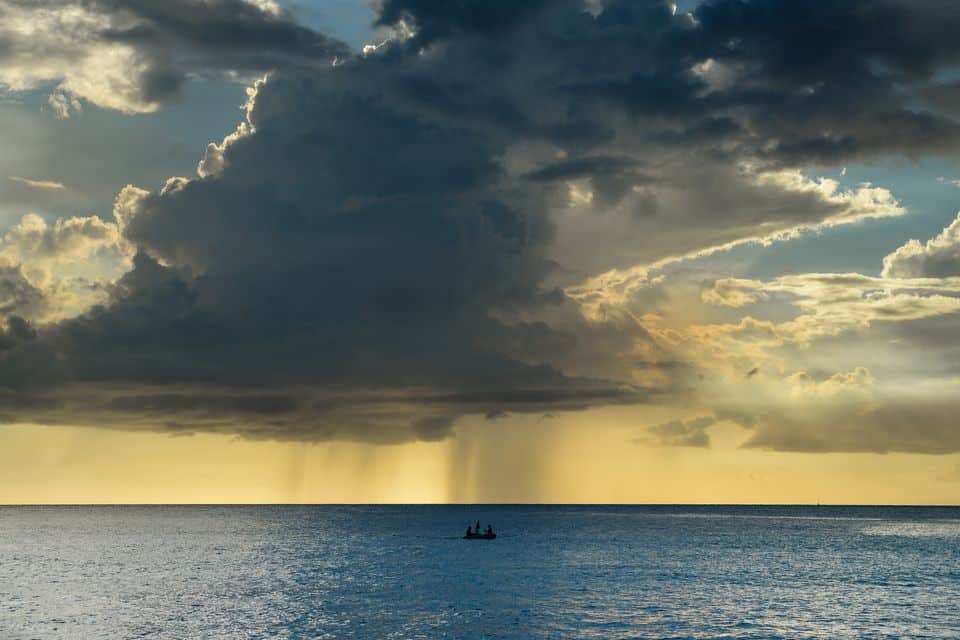 The rainy season on Curacao

The rainy season on Curacao varies from year to year for a few weeks, but is roughly from the beginning of September to the end of December. This means that a downpour can come down twice a day or night, which lasts for about fifteen minutes. Luckily there is usually no cloud to be seen about ten minutes later and you can continue to enjoy the hot sun. In addition, the rain itself is not as cold as in the Netherlands, for example, and can also be very refreshing.

Pay attention when you are on the road with transport during or just after heavy rainfall.
Firstly, the roads on Curacao are not made for draining abundant water. This, together with dirt and old oil, causes slippery roads that, due to their low location, can also become completely blank. It is also possible that you can hardly recognize holes in the roads. It follows from this that people drive en masse during and after a rain shower like an elderly person. Which of course is purely out of caution.

Another side effect of the rainy season on Curacao is the amount of mosquitoes.
Because water stays still in several places, these annoying insects have more opportunity to lay their eggs.

It is therefore very important at this time to add extra lubrication to DEET and to wear covering clothing. This to prevent the irritating itching but also diseases such as Dengue, Chikungunya and Zika.

An advantage of visiting Curacao during the rainy season is that the prices for tickets and accommodation are often considerably lower than the rest of the year. This while you can still enjoy dushi Curacao despite the rain. It is therefore a great opportunity to travel to this wonderful tropical island during these months!